i have showed these tiles back a couple of years ago. this time the tiles have been spotted at the remote village farm. i asked where they did get the tiles, and they answered that someone brought those from an old factory.

other places i spotted those - nissan service in yerevan - i guess they did not change anything, just use the old industrial building, and tapastan cafeteria on sarian street in yerevan.

btw, tapastan[տապաստան] is a wordplay - they refer to tapas, so it is a land of tapas (stan is an old persian suffix for a place or country) and, tapastan (but not with p[պ], but p’[փ], like in paris) means desert. 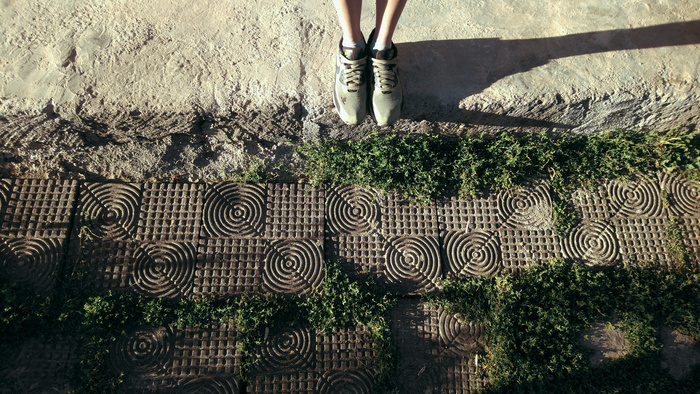 photos of Masha Ivashintsova are now exhibited in Tallinn. the official website, run by her daughter features worse quality scans, than the links below.

Just like Vivian, Masha had not seen most of her photos - those are undeveloped negatives. It is obvious for me, that she was trying to make art, she did know what is photography, and she was working, and she loved what she was doing.

says: do you know who is the main promoter of armenia? it’s turkey. if not turkey, nobody would remember us. if not turkey, who time after time remembers and says something about armenia, that we are bad guys, or that there was never a genocide. thus someone living in island may think, stop, wait, which armenia, and try to find it on the map, which is indeed not easy.

continues: i would go further and claim, that turkey saved armenians. when turkey conducted genocide of armenians, armenians practically did not exist as nation. in turkey and russia they were forgetting how to speak armenian, and were speaking empire languages. there was no single party that would claim the independence of armenia is its goal. instead the goals were to make turkey or russia a better countries, so that equality for all, would mean also equality for armenians. the genocide is what forced armenians to face that they are different. because they are treated differently. the genocide was the reason for them to remember that they need security, army, borders. if not the genocide, most likely we would not have this armenia today. so thank you turkey, this nation would not exist, if not you. we would dissolve like every old nation does. we did not want to survive, but you were saying - hey armenians, comon, lets play war, hey you, defend yourself, take this weapon. yes, take the weapon, we are gonna play with you.

inscription on the wall says something about soviet-czechoslovakia friendship. i guess the design is from czechoslovakia. note how ‘sad’ everything is, in this try to make something shiny and attractive. this expresses sovietness a lot.