Watch Pro Photographers Try to Shoot with a $22 Bunny Camera In a bit of a call back to the classic DigitalRev TV “Pro Tog Cheap Camera Challenge,” YouTuber Jessica Kobeissi enlisted one of her professional photographer friends for a special photo challenge: get the best possible campaign/editorial photos using only a $22 bunny camera. Hilarity ensues…

The contestant is Detroit-based film photographer Vuhlandes, the model was Bianca LaCroix, and the camera they were using is this little gem you see here:

You can see it for yourself here, but the specs are… ummmm… nothing to write home about.

In the cons column: it’s only 12MP, you can’t zoom, you can’t change lenses, you can’t adjust exposure, and there’s only ONE microSD card slot. In fact, you can store up to 50 photos on the camera without a card, so you could say this is a zero card slot camera.

In the pros column: there are 28 “funny filters & stickers,” it’s drop resistant, and there are “built-in puzzle games like Tetris and Snake.”

Sadly, Tetris and Snake didn’t play any role in the photography challenge (missed opportunity?) but Vuhlandes and Kobeissi did their best to work within the extreme limitations they were given and capture something that looked somewhat “professional” in just 5 minutes. Check out the full video up top to see how they did and who “won” this challenge. And if you want to see some similar challenges from yester-year, check out some of the DRTV Pro Tog Cheap Camera challenges we’ve featured in the past: like that time Phillip Bloom had to shoot with a Barbie camera, or the time Gary Tyson had to do street photography with a 0.3MP kids camera watch.

Compared to those setups, the specs of this bunny camera seem almost luxurious. 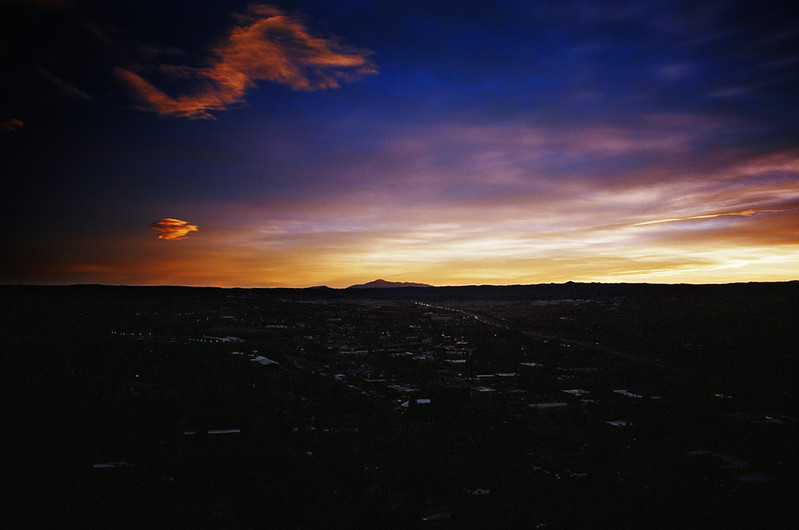 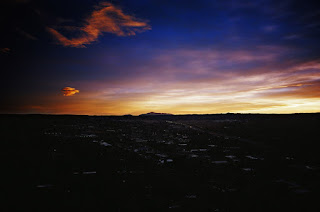 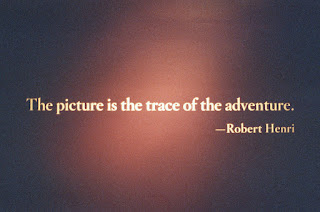 Is the Five the best thing to come out of the 1990s at all? Well, not quite, but whether you call it the Five or the Alpha Sweet II; this is the best 90’s entry-to-mid-level camera. Period. End of story. The Five so far out paces the comparable cameras, and some of the better cameras, from the other makers of the time that it’s staggering to me these aren’t widely seen as one of the modern classics. There are some basic features in this camera that other makers’ lacked, like a metal mounting flange, automatic switching to high-speed flash sync with shutter speeds faster than 1/125th (with three specific Minolta flashes), amazing compactness, lightness beyond belief (it weighs only 335 grams), and structural strength that makes the user ask if it can possibly be a plastic 90’s camera. Oh, and I forgot to mention the easy one-handed operation. I’ve never used a camera with the same level of features that this has that can be operated, almost all of the time, with just the right hand.

The Five does have some weaknesses, like the semi-frequent failure in the penta mirror’s silver that causes the reflective system to turn yellow and blue, greatly diminishing the viewfinder quality. But find one with good mirrors, which is most of them, and there’s no noticeable brightness difference in the viewfinder between the Five and cameras with a pentaprism. I’ll let that sink in a moment. Most penta mirror systems are around one stop, some more, dimmer than a pentaprism system. Not the Five. 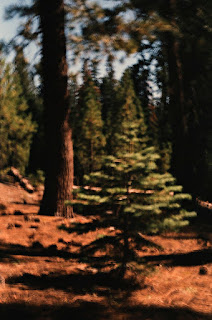 The other big weakness is how long the batteries last. Depending on whether you use autofocus and flash, the batteries will last between nine and 45 rolls. The lower end of that assumes autofocus with power-zoom lenses and heavy on-camera flash use. The latter end of that assumes an autofocus prime lens with zero on-camera flash uses. Switch to a manual-focus lens and you can expect more than 45 rolls. Regardless, those are not good numbers. Imagine a modern DSLR maker releasing a camera that could take between 214 and 1,600 photos on a single charge. No one would buy that camera. With my Five, on three occasions, including one hike I was really excited about in Colorado Springs, the batteries died unexpectedly. In the Colorado Springs instance, I had put fresh batteries in the day before. Even when off, these cameras drain batteries because they have an onboard quartz clock, most of them do anyway, and that drains the batteries 24/7. So this camera is as power hungry as a third-world despot.

If you’re a righty, the Five is pretty close to perfect. You can operate all the major functions with just your right hand, including the film back release. And holding it with one hand is easy. I can’t think of a lighter 35mm camera, possibly the Five’s lower-spec siblings the 3 and 4, but the difference is negligible. And for the light weight and penta mirror system does the five feel like a flimsy, chintzy, plastic-body camera? No. That’s left for comparable Pentax, Nikon, and Canon bodies. The Five feels every bit as solid as the Seven. And, if I’m honest, to me, the Five feels better made than the Seven because the camera’s weight is more easily managed by the materials that comprise it. I can find exactly no faults with the Five’s ergonomics and, in fact, I like holding the five more than my beloved Nine in some ways because it’s light enough not to make my hands tired. 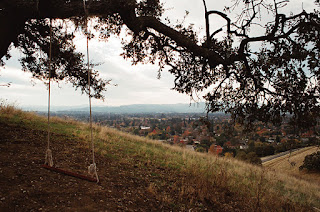 The Five is an interesting camera in that, far more than other 90s cameras, the Five came in three trim levels. Oh yes. That’s not a widely known fact. And, to be fair, all were marketed as the Five and insofar as I can tell, the trim level variations had to do solely with manufacture date and destination market.

Let’s take my Five for instance. It’s actually an Alpha Sweet II and it’s black. These were only available in black under the Japanese Alpha badge, and only in Japan. And the Japanese-market bodies, black or silver, were the best. Depending on when your Five was made, it may or may not have had a built-in date function. All the Alphas had the date function. But that’s not why the Alphas are better. They also have a switch to select panorama or standard framing. The panorama mode is a 16X7 ratio – that’s a wider ratio than the standard 16X9 for widescreen televisions, and would letterbox on your computer monitor. But that’s not what makes the Alpha better and, again if I’m honest, I think that panorama mode on 35mm cameras was a huge gimmick and silly. 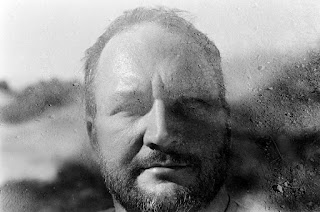 But check this out: Here is why the Alpha is better than the Maxxum and Dynax versions. The Alpha Sweet II has a flip-up plastic light leak cover for the mirror where the Maxxum and Dynax Five bodies have nothing, not even a foam strip. That flip-up bit provides better light sealing around the focusing screen but it is added mechanical complexity. And the baffle does make a difference during long exposures and exposures in full sun. So if you’re a serious Minolta fan looking for a Five, go for the Alpha Sweet II instead. It’s worth the added time to find one and the added shipping cost to import it from Japan just to have this light baffle.

Enough specs. How is this thing to use? It’s a joy. It’s a bit clinical, which is to say it’s more like a Nissan than an Alfa Romeo. It lacks the “heart and soul” that photographers will sometimes say a camera needs. But here’s a secret, “heart and soul” is code for tetchy or poorly designed. The Five is like a close friend who is socially awkward, you know you can rely on them but they probably won’t interact well with strange circumstances. In this case, strange circumstances is my code for batteries that aren’t right off the damn production line. 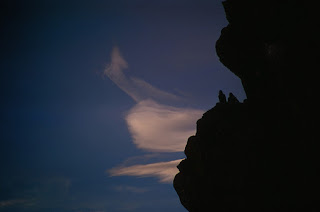 The Five is fun and light and it’s easy to forget it’s around your neck if you have a small lens, like the 50mm f/1.7, on it. With a fast 50 prime, the Five is fantastic shooting experience. It’s just an all-around enjoyable camera that, as long as you have good batteries, won’t let you down. And also, the Five is a great way to get access to Sony Alpha lenses. In addition to a large array of great Minolta lenses, these will take the modern Sony Alpha lenses. It’s very hard to beat that.

What it boils down to is that if you want an enjoyable camera that’s reliable, really well laid out, and easy to use, you can do a lot worse than the Five. For the prices these sell for, it would be very hard to do any better. 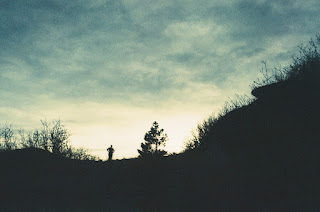